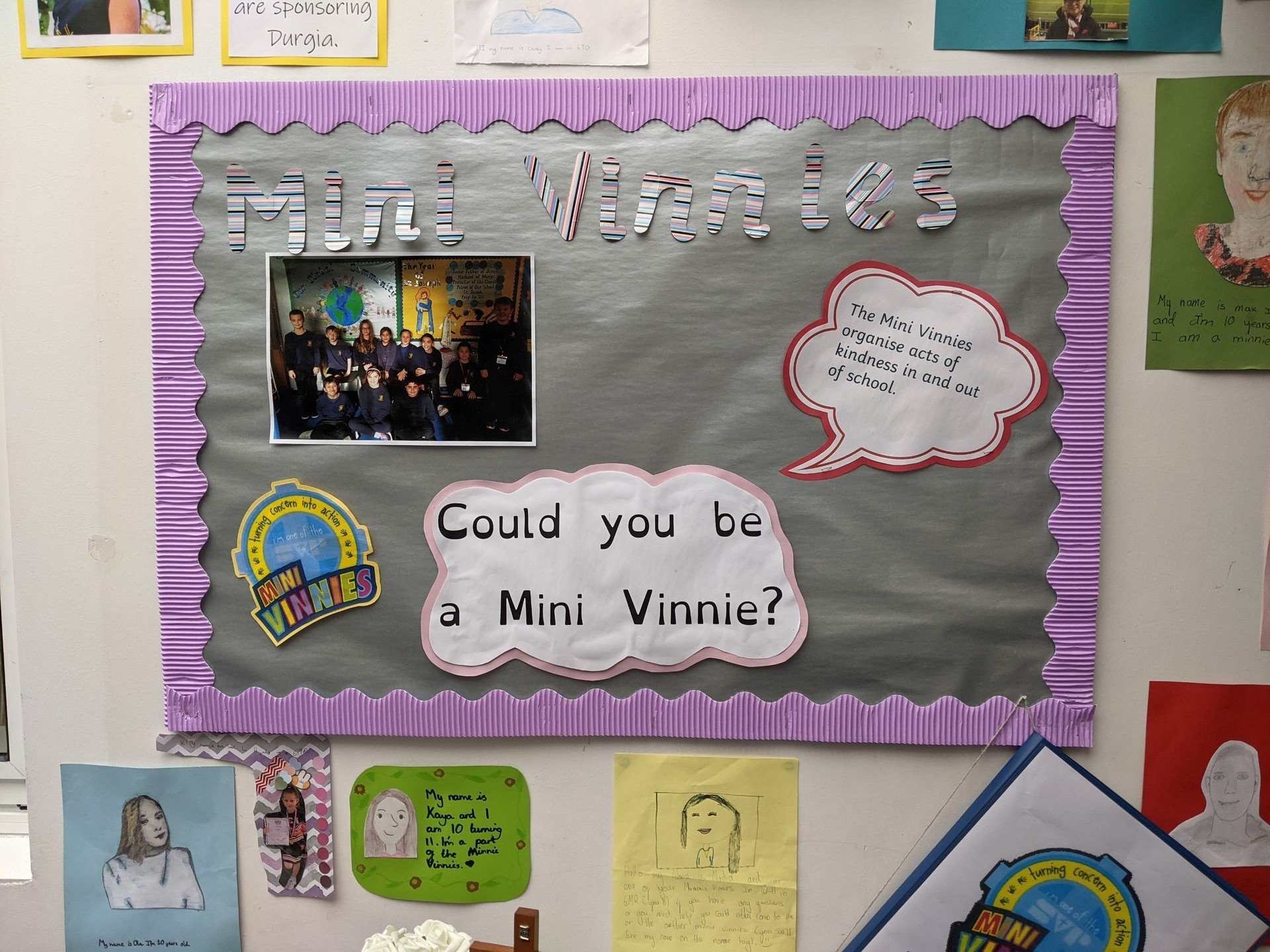 Mini Vinnies are 7-11-year-olds based in schools and parishes across England and Wales, and in several other countries across the world. They come together to form a part of the St. Vincent de Paul Society England and Wales (SVP), a voluntary organisation dedicated to tackling poverty in all its forms. Mini Vinnies meet to pray, discuss, and agree what they can do to make a difference in their communities. Mini Vinnies in two schools will be taking part in the Caritas Plymouth’s intergenerational linking project.

Jed Brazier, RE Leader at St Joseph’s RC Primary School in Poole shared his experience of setting up a group:

All pupils in year 6 were asked whether they would be interested in joining the school's Mini-Vinnies group in September. They were invited to a presentation in which they were introduced to SVP and the background to Mini Vinnies

There are 12 core members, and the group is structured in the same way as an SVP group. Pupils can take up formal roles and at St Joseph’s a President, Vice-President, Treasurer, Communications Officer and Secretary were elected as the core group. Other non-core members are actively encouraged to join the group in any other activities. Each core member is identified around school by their own Mini Vinnie lanyard.

They are heavily involved in pupil chaplaincy around the school

They lead Monday morning prayers in all classes

They now lead the Examen prayer on Friday afternoons in all classes.

They plan and deliver class worship on selected days.

They are buddies to children who have recently joined the school

They are involved in the sponsorship of a child in India and support the School Council in their activities.

They hold meetings every Tuesday lunchtime and plan activities

Mini-Vinnies have been busy leading prayers, helping with class worship and also clearing out class flowerpots for bulb planting- serving the school community.

The school has a G.I.F.T team in year 5 who are responsible for intergenerational project. The hope is that they will become part of the Mini Vinnies next academic year.

Linking Hands activity sent to Richmondwood Care Home as part of an activity to introduce the pupils and residents until face-to-face meetings could take place. 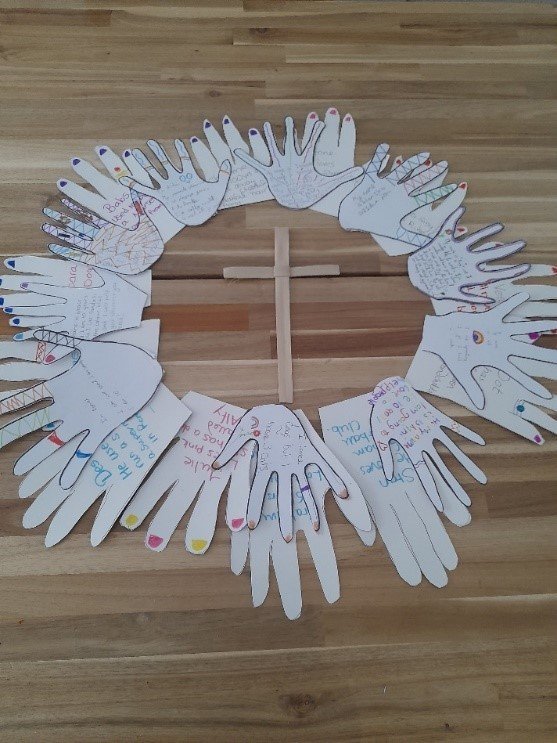 Click here to view a video of our pupils meeting residents at Richmondwood Care Home as part of the Intergenerational Project.

Please have a look at the Mini Vinnies official website for further information.

We use necessary cookies to make our site work. We'd also like to set optional analytics cookies to help us improve it. We won't set optional cookies unless you enable them. Using this tool will set a cookie on your device to remember your preferences.

Necessary cookies enable core functionality such as security, network management, and accessibility. You may disable these by changing your browser settings, but this may affect how the website functions.